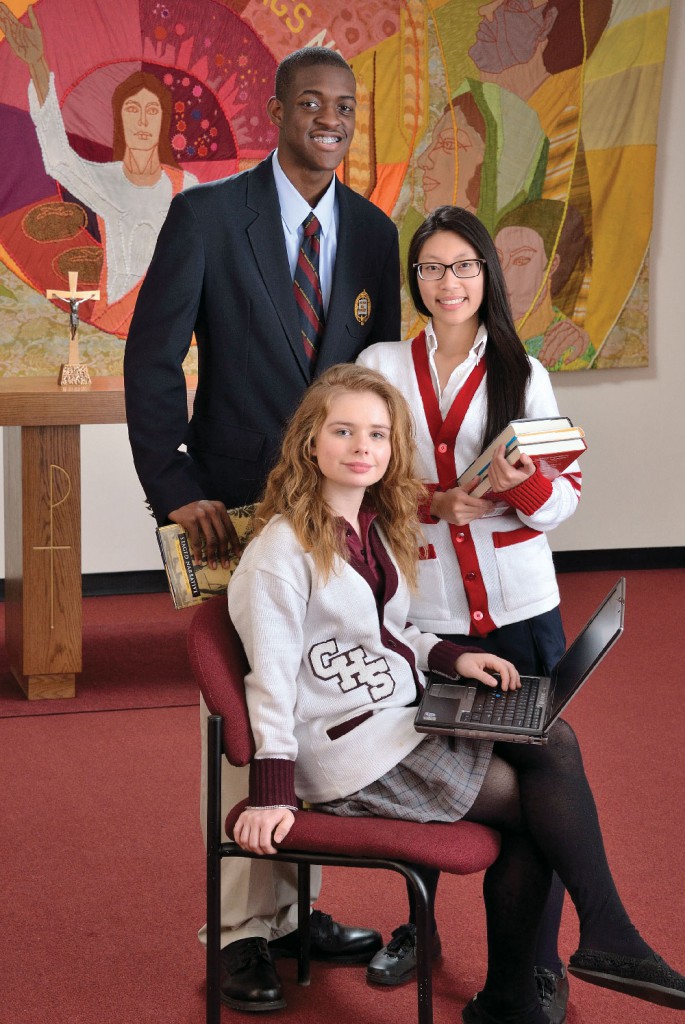 The 46 Catholic secondary schools throughout the archdiocese offer rigorous, high-quality academic education in an environment formed by the faith and values of the Catholic Church. Fifteen (15) are coeducational, 18 are all girls, and 13 are all boys. Their common thread is academic excellence developed in a Christ-centered environment that builds character.

In the Archdiocese of New York, 99 percent of our high school seniors graduate; 98 percent of graduates are accepted to post-secondary education. We are enormously proud of those statistics, and commit ourselves each year to maintaining that standard of excellence.

Nearly 100 underclassmen from five Catholic high schools on Staten Island designed and constructed bridge models and programmed robots as part of an engineering conference held at Notre Dame Academy on Staten Island in April. Engineers from General Electric and Global Infrastructure Partners were on hand, along with graduate engineering students from Manhattan College, to guide the students in their work throughout the day.

Preston High School in the Bronx hosted an engineering conference in October at its brand new lab dedicated by Engineering Tomorrow, a nonprofit organization that promotes engineering education in high schools.

The 2,000-square-foot lab offers students a hands-on learning environment with advanced technology, including 3D printers, wind tunnels, catapults, stress strain testers, robotics equipment, and advanced audio visual equipment that can broadcast to schools around the archdiocese. All archdiocesan high schools will have access to the lab. Schools participating in the October conference were Academy of Mount St. Ursula, St. Raymond Academy for Girls, Msgr. Scanlan, All Hallows, Cardinal Hayes and Mount St. Michael Academy, all of the Bronx.

To continue improving upon the many opportunities we employ to deepen the faith of our students, a committee has been established to re?examine the Life and Leadership Day for high school students. Ahead of the November event, the committee will analyze methods to enhance students’ knowledge and understanding of their responsibility to be promoters and defenders of respect for life. Topics under consideration to be explored through breakout sessions include: social justice, abortion, euthanasia, care of the infirmed, human trafficking.

Search the listings above to find a Catholic high school that meets your family’s needs, or attend a regional High School Information Night to meet representatives of many schools.

In 2017–18, the Office of the Superintendent collaborated with several archdiocesan departments to launch a new tradition: using the Sheen Center for Thought and Culture facility for Catholic high school student discussion groups on topics that impact their lives. The inaugural March 2017 event focused on immigration and police relations. It was extremely well received.

The second installment of this series, held in March 2018, involved more than 250 high school students and staff members from 31 schools. It was entitled Civic Engagement: A Catholic Lens, and included a keynote address and a panel discussion centered on the Forming Consciences for Faithful Citizenship document promulgated by the United States Conference of Catholic Bishops.

In addition to events held at the Sheen Center, 40 students from 19 Catholic high schools participated in an overnight trip to Washington, D.C. The students, who were joined by Dr. McNiff, visited the U.S. Capitol where former Rep. Daniel Donovan spoke with the group. Students were also able to attend a Mass celebrated by Father Martino Choi at Marymount University in Arlington, Va.

The Archdiocese high schools also launched a new initiative known as “Best Practice” to highlight outstanding high school programs. In 2016 St. Joseph-by-the-Sea High School shared their innovative use of integrated technology in the classroom. In February 2017 Cardinal Hayes High School hosted a Best Practice program showcasing the Academy, a program that supports students with special needs. This year’s event is February 5th at Saint Barnabas High School and will focus on the topic of child welfare, safety, and security. 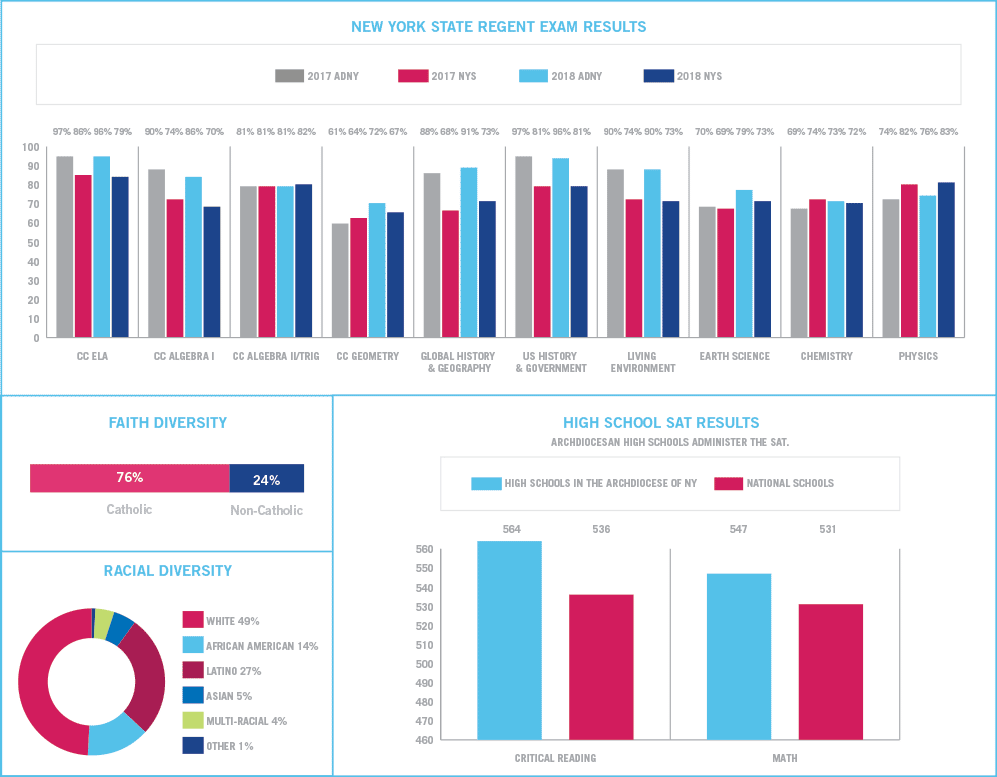