The resulting article, by Post reporter Mary Kay Linge, is called “Take It As Gospel.” The article discusses how Catholic schools offer an exemplary education and the fundamentals for life. Ms. Dougherty is quoted as saying, “We’re not just a public school with a crucifix on the wall. In our schools, we’re working to live our faith every day.” 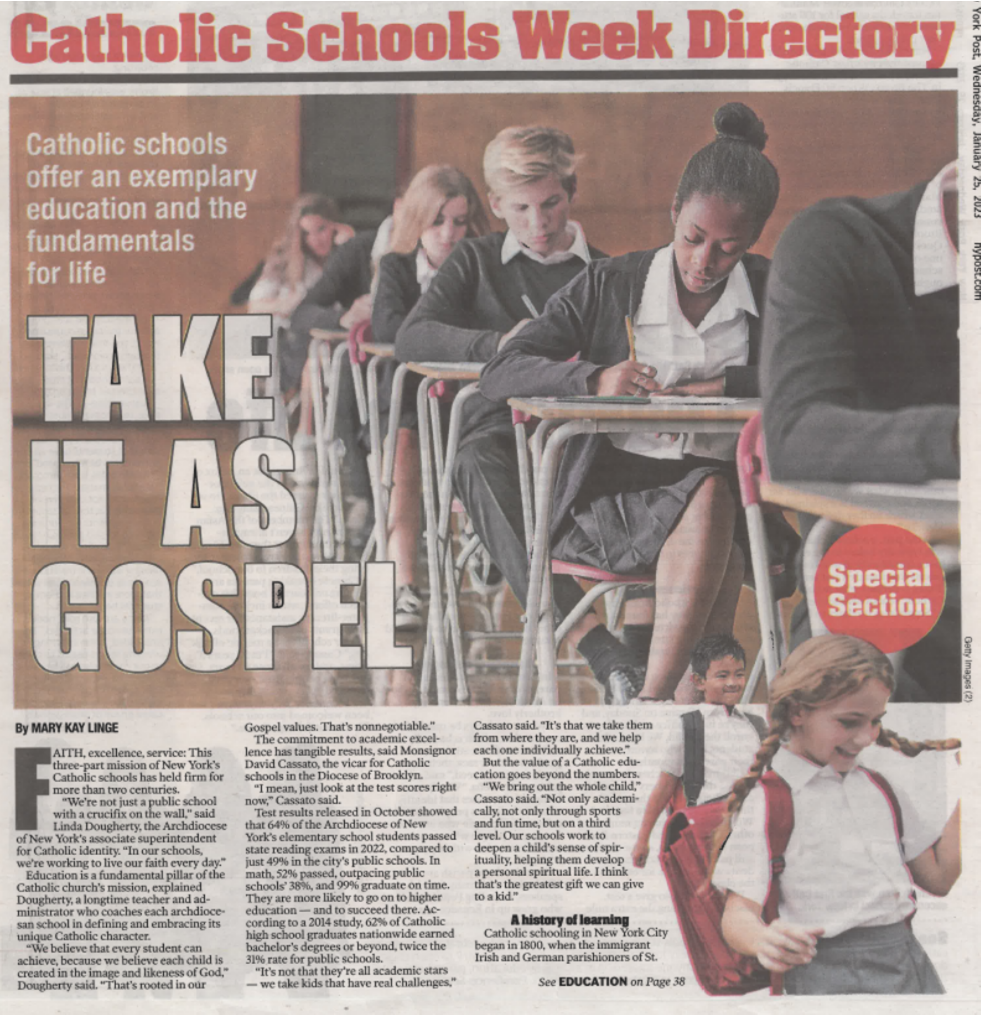